The moment a woman’s ex-husband proposed after more than 40 years of being apart was captured on camera on Valentine’s day.

Scroll down for a wonderful video! 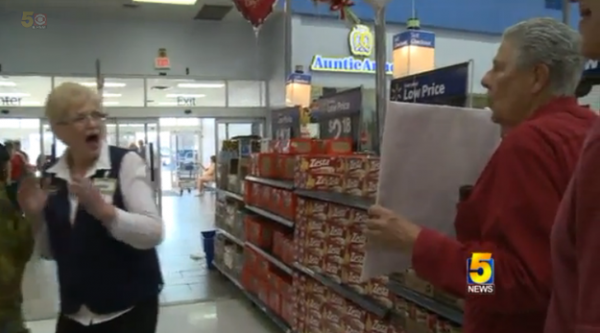 Renate Stumpf, 75, first met Louis Demetriades in Germany when they were aged just 18. After 13 years of marriage and three children they separated, however true love never dies and Louis drove 114 miles from Memphis to Arkansas to pop the question at Renate’s work in Walmart this week. 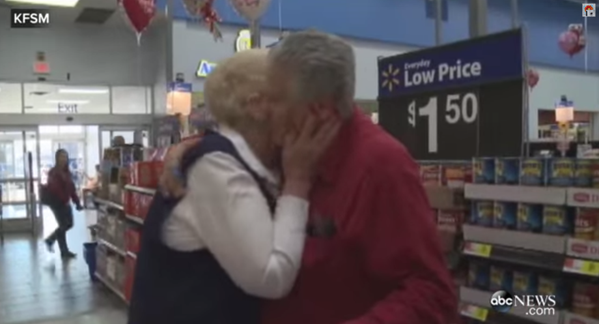 After 13 years of marriage and three children they separated, however true love never dies. The two spoke for the first time in 43 years in December, and their affection for one another was quickly reignited. Renate said, “When we saw each other again last December, we knew right then we still loved each other for sure. That love has never passed. Nevertheless, I’m going to have to test him a little bit first! I will marry him though, because he’s a good man.”