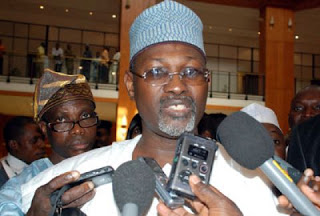 The Nigerian Senate is set to summon the chairman of INEC, Prof. Attahiru Jega, when it resumes plenary session on Tuesday following the sudden postponement of the 2015 general elections.

Ibrahim Gaya, representing Kano North Senatorial District, said in Kano that the legislators were caught off guard by the INEC chairman’s action.

He wondered why INEC would act without prior notice to the Senate, adding that in an ideal democratic setting the notion of checks and balances must be respected.

The senator pointed out that the ruling Peoples Democratic Party had contradicted INEC, saying the reasons behind the postponement was logistics and not security as Mr. Jega claimed.

Sen. Gaya, however, said no amount of postponing would stop his party, the All Progressives Congress, from winning the March 28 presidential election.

“Even if the election is going to be postponed one thousand times, nothing would stop the victory of the APC”, he said. “We are ready to call the bluff of anyone behind the gimmick. We are going to win the elections from top to bottom because the electorate are fed up with a lame-duck presidency”.

He also noted that the postponement had diminished INEC’s credibility towards organising the elections.

Gaya said since INEC had lost its grip as an impartial arbiter, Mr. Jega would be summoned by the Senate to explain the commission’s role in effecting the decision to shift the elections.

According to him, it was not the responsibility of the military to interfere in the nation’s electoral process as the military is saddled with the task of defending the territorial integrity of the country.

Gaya, therefore, called on the people of his senatorial district to remain calm, saying victory was on the side of the APC.