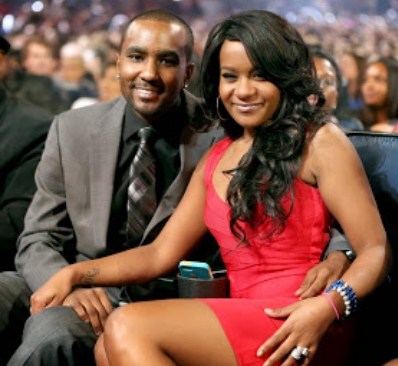 Back in March 2014, the guys at Crazy Days and Nights, wrote that Bobbi Kristina’s boyfriend, Nick Gordon will end up killing her. Fast forward to February 2015 and the 21 year old heir to Whitney Houston’s fortune is fighting for her life after she was found unconscious in a bathtub. Criminal investigation is now targeting Nick Gordon.
March 28, 2014
For the past few months things have been getting worse. What was always a volatile relationship has turned more violent than volatile. Family members have tried to help this C list reality star offspring of this former A+ list entertainer(singer). From people I have spoken to who have been inside the home of our C lister, things are bad. There are drugs everywhere. There is cash everywhere. It is like watching Scarface. The significant other of our C lister thinks he is the next Scarface. The thing is he sucks at business. He just uses the money of our C lister to make it seem like he is making millions of dollars. Instead he is spending every cent she gets in the second it comes in and has made her sign all types of documents which have basically cost her most of her future income for the next few years. When he doesn’t keep her drugged up he beats her. He has all kinds of recordings of her doing anything he can think of just to keep her in line. He says he will release it all if she tries to leave him. She is scared of him and loves him at the same time. When he is wasted the beatings can be rough and there have been shots fired more than once. Everyone knows he is going to end up killing her one night. She will try and leave and he won’t like that and will shoot her and kill her. The family hopes she can escape, but she has no place to go that she would accept help from.