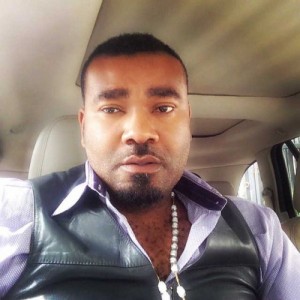 Hmm, I guess through this open letter, it’s pretty obvious where his loyalty lies.

Nollywood actor Prince Eke, who is also married to Muma Gee has written an open letter to Gen. Muhammadu Buhari ahead of the elections.

“One major reason for this unfortunate turn of events is that many elders like you have refused 2 voluntarily handover d baton 2 d next generation. Life should be a relay race where one runs his race and hands over 2 d next. In Nigeria many elders like you have run their races and are still holding on tenaciously 2 d baton.But Sir, I have an important question here 4 you. The question is simple, MUST YOU SERVE NIGERIA AS A PRESIDENT ONLY? IS THERE NO OTHER CAPACITY YOU CAN SERVE US EXCEPT D PRESIDENCY? It is very erroneous 2 imagine that you can only serve Nigeria only in one capacity. During d regime of late General Sani Abacha, you accepted d appointment 2 serve as d Chairman of d then Petroleum Trust Fund (PTF). D general opinion was that you served faithfully in this capacity.

“Well done Sir! But you never asked Abacha 2 vacate office 4 you as your former subordinate in d army. Never! In fact that would have been a dangerous move, if not suicidal. Rather you served faithfully under your former junior in d army. Sir, imagine if you take on another job like d Chairman of EFCC or ICPC or NDLEA. Nigerians actually need you 2 serve in one of these capacities much more than they need you in d Presidency.

“Mere mentioning your name as Chairman of EFCC would drive many corrupt men underground. But you wouldn’t . Either d Presidency or nothing. When are you going 2 handover 2 d next person? It is either you do it voluntarily or risk disgrace at d polls. God bless you sir.