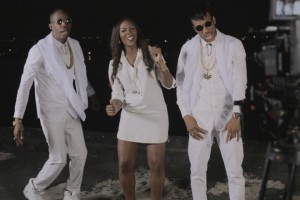 The first thing that came to my mind when I saw this photos is Tiwa Savage.

It’s no longer news that the Mavin first lady — Tiwa, is currently with child; but that didn’t stop her from appearing and even dancing in the new video.

In anticipation to the official premiere of their Gbemileke remix video featuring Mavin first lady Tiwa Savage, music duo Skuki released the Behind The Scene photos from the video shoot.

The video was shot and directed by Unlimited L.A.