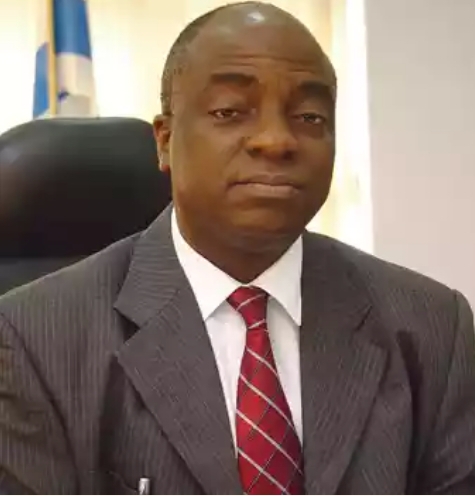 A licensed stock brokerage firm, Valueline Securities and Investment Limited, has filed a suit before a Federal High Court in Lagos against founder of Living Faith Church, popularly known as Winners Chapel, Bishop David Oyedepo, for alleged breach of agreement on multi-billion Naira investment in the Nigerian stock market.

The suit, which has the firm and its Managing Director, Samuel Enyinnaya, as the first and second plaintiffs, is before by Justice Mohammed Yunusa, who has fixed February 16, 2015 for hearing.

The plaintiffs, in its statement of claim, averred that Oyedepo and his relatives and organisations, who are the first to tenth defendants in the suit, had approached them and indicated intention to make investment in the Nigerian stock market and eventually appointed the plaintiffs as the portfolio managers of the said investments.

The plaintiffs added that an Investment Portfolio Management Agreement (IPMA) was subsequently signed between the plaintiffs and the first to tenth defendants whereby the plaintiffs were given far reaching powers to exercise discretion and do everything within the ambit of the law to ensure profitability of investment and equally give periodic reports.

The plaintiffs further averred that 2.25 per cent of the net asset value of the portfolio and annual incentive fee agreed at 10 per cent of the returns on the investment were also agreed as part of the IPMA, after which the first to tenth defendants released N9 billion to the plaintiffs on instalmental basis.

The plaintiffs added that in order to enhance profitability of the investment, some margin loans from banks in Nigeria which turned out to be very lucrative for Oyedepo and his organisations, and that periodic reports to that effect were equally submitted.

However, the plaintiffs lamented that at a point when Oyedepo wanted to buy his first private jet, World Mission Agency Inc. ordered the sale of majority of the securities in the investment portfolio, and that despite professional advice to the contrary, they were made to sell the securities to raise the N3 billion needed for the jet, a development which brought about huge losses to the investment.

The sale of the securities coupled with the global economic meltdown which caused stock market in the world over to crash, according to the plaintiffs eventually made the investment portfolio to experience more losses.

However, the plaintiff alleged that in a bid to avoid their financial obligations to them, Oyedepo and his organisations wrote a petition to the Economic and Financial Crimes Commission (EFCC) alleging fraud and embezzlement against them.

After six years of investigation without any indictment by the EFCC, the plaintiffs alleged that Oyedepo used his “religious denominational connection” in the NSE to drag them before the NSE on the ground that their investment portfolio was mismanaged and that margin loans were taken by the plaintiffs without the consent of the first to tenth defendants.

The trial within the NSE, according to the plaintiffs, was conducted in prejudicial manner, a development they claimed necessitated the suit.

The plaintiffs are therefore seeking an order of the court declaring that the NSE had been conducting the trial before it in a manner prejudicial to their fundamental right to fair hearing.

The plaintiffs also want the court to reverse the “malicious freezing of their trading accounts which were done by the NSE.”

In the breakdown of monetary compensation, the plaintiffs urged the court to compel NSE to pay them N61 million for the cl osure of their accounts and an order compelling the first to tenth defendants to pay them N780 million, being their unpaid professional fees for managing their investment portfolio.

In addition, the plaintiffs want N1 billion damages jointly and severally against the defendants for the trauma and psychological torture and loss of reputation occasioned to them by the actions of the defendants as well as N25 million solicitors’ fees and cost of action.

In a preliminary objection, the NSE insisted that the court lacked jurisdiction to entertain the suit as same ought to have been filed before the Investment and Securities Tribunal (IST) and not the Federal High Court.

The NSE also argued that the plaintiffs failed to file the mandatory pre-action notice before filing the suit.