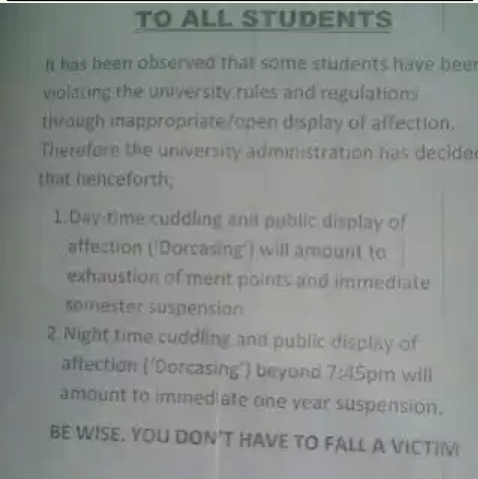 Babcock University has allegedly announced the official sanctions for students who engage in Public Display of Affection often referred to as “Dorcassing” by the students, in the university premises.

This is contained in a new memorandum which was obtained on BlackBerry Messenger via a student of the university, and addressed ‘To all Students’. The missive says any student who engages in open or inappropriate display of affection such as cuddling – during the day – will have his or her merit points deducted and immediate suspension from the school for a semester.

Night time cuddling and public display of affection however will see the student being suspended immediately – for an academic year.

What do you think of the school’s stand – appropriate or overkill?