A former Minister of Education and co-convener of #BringBackOurGirls advocacy group, Dr. Oby Ezekwesili, has expressed doubts about the sudden postponement of the 2015 polls by the Independent National Electoral Commission, INEC, saying she suspects foul play.

Demanding for full disclosure from the federal government on what happened that warranted the shift in elections date, the social crusader added that she is not persuaded by the reasons given for the postponement. 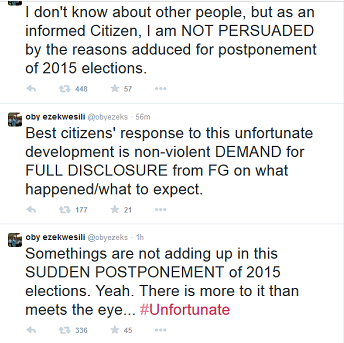