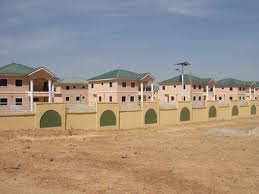 Veteran broadcast journalist, Umar Kyari has revealed some things Nigerians may not know about the Jigawa State Governor Sule Lamido, which are also part of the reasons he will never be forgotten by the people of Jigawa.

Kyari, who is the director of press in the Jigawa State Government House told Vanguard about the policies and programmes of the governor.

According to Kyari, Lamido is the only governor in Nigeria to have created a social security programme for beggars and the destitute.

“He instituted the programme to clear beggars from the streets and give them a sense of self-dignity. He set up a high-powered screening committee to screen the physically challenged and beggars. We have 27 local governments in Jigawa State, there are over 150 beneficiaries from each of the local governments who are paid the N7,000 per month stipend.

“Government spends about 30 million Naira every month to take care of these people. His argument is that they spend more than that amount on biscuits alone in Government Houses every month in other states and the presidency.

“Jigawa state is the only state in this part of the country where, driving through the streets, you will hardly find beggars on the streets. It is not a hundred per cent issue but compared to other states, Jigawa is a great example. Lamido regards these people as his friends.

“He made it clear that the first people that will feel the impact of his government were the most downtrodden. That is why they are the first to be paid their salaries before anyone else.

“You can’t believe it, in all our local government areas there must be one physically challenged person who will be elected as a Councillor. In Kiyawa local government, Hon Saleh Idi, a leper is one of the councilors.
He is popularly called the Honourable. He comes to the Government House here sometimes just to feel the atmosphere and go back. The idea is that when the local government council, which is the closest to the grassroots, is formulating policies these people will have a say.”

Lamido has developed all the 27 local government headquarters in Jigawa into modern cities.

“Apart from a befitting secretariat, every local government headquarters has a standard official residence for the local government Chairman, which is standard enough for the governor to spend the night if the occasion warrants.”

“What you see here in Dutse, good roads, most of them dualised, drainages, functional street lights, quality schools, potable water, hospitals and what have you, you will see the same thing in all local government headquarters.

“You can see that people are now putting up very decent, modern houses in their local government headquarters and hometowns where they go and relax, unlike before when everybody was forced to stay in Kano or Abuja. The next stage is for us to take development to all ward headquarters and so on.

Lamido established a school where all the students are on scholarship

The Jigawa Academy in Bamaina, Birnin Kudu local government area, is one of only two of its type in Nigeria. The first one, which is owned by the Federal Government, is in Suleja. The idea is to discover and develop talented, gifted children at their tender ages in order to shore up human capital in the state and other parts of the country, Kyari said.

“All the students are on scholarship. The students are drawn from all local governments in Jigawa State. Before, there used to be a slot for each of the 19 Northern states but now, at the prompting of President Jonathan in one of his visits, there is a slot for each state of the federation. Hausa is not spoken in that school. There are three official languages – English, French and Arabic.

“The impact that school is making is unbelievable. They recently came back from a quiz competition in Abuja and swept all the positions, taking the first, second and third prizes. The admission process is rigorous and only the most brilliant children are able to pass the exams supervised by the Gifted School in Suleja.

“That is why you will hardly find the children of government officials in the school because admission is strictly based on merit, not quota or man-know-man. Your child has to qualify to be there,” Kyari said.