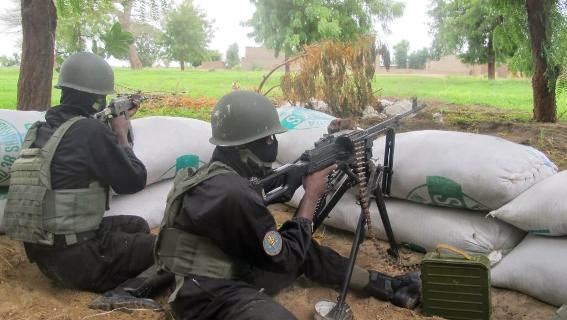 Determined to flush Boko Haram insurgents from the northeast, the Nigerian military has commenced an operation in the dreaded Sambisa Forest.

The Forest is widely believed to be host to some of the training camps and facilities of the insurgents in the northeast.

It was learnt that the military high command decided to carry out massive operation in the vast forest, which stretches as far as Bauchi, in a bid to achieve the task of making the northeast safe for the rescheduled general elections.

Sequel to the operation, Nigerian Air Force jets started an air raid on the Forest Monday.

A source said that a massive ground operation would follow the aerial bombardment of the Sambisa Forest.

The source, however, did not give details of the on-going operation.

“For now there is no specific cases of arrest, we don’t have that information now. The Air Force has been operating in the area since Monday. It is after that that the ground troops who are on red alert would move in.

Also, a source close to a security office strategic to the operations of the Federal Government said on Wednesday that a lot of activities were going on simultaneously in the Sambisa area and other parts of the North East.

It was said that the military had achieved a significant reduction in the number of local government areas under the control of Boko Haram in the northeast.