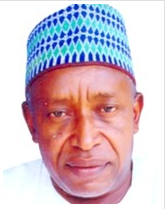 The Bauchi State Police Command has announced the arrest of two persons over the killing of Professor Ahmad Falaki, the Director, Institute of Agriculture Research (IAR) of the Ahmadu Bello University (ABU) Zaria.

The varsity don was killed by a mob, who mistook him for a Boko Haram member.

It would be recalled that last weekend, suspected Boko Haram members attacked the Kibiya police station and engaged policemen in a gun battle.

On Sunday, policemen and villagers confirmed that two of the sect members were killed while running away from their botched operation to sack the police station.

“The insurgents, who rode on three motorcycles were ambushed by villagers who were alerted by the sporadic gunshots. They lynched one of the militants and arrested two others. Our men killed one earlier during the attack at the police station”, he had said.

However, it turned out that the suspected ‘militant’, who was lynched by the villagers was Prof. Falaki and the two persons arrested and tagged Boko Haram members were his brother, Mallam Abbas Mustapha, a retired school head master in Doguwa LGA and the second was the late don’s official driver, Lawal Ahmad.

Announcing the arrest of the killers, state police spokesman, DSP Haruna Mohammed, told journalists in Bauchi that the suspects confessed to the crime.

He said: “Gunmen suspected to be armed robbers numbering about four snatched a white Toyota Hilux with registration number 45H 07FG, property of the Institute of Agricultural Research, ABU, Zaria. The suspects snatched the vehicle at gunpoint from Professor Mustapha Falaki around Sumaila LGA after attacking Kibiya police station in Kano State. In a bid to escape, the hoodlums passed through Burra town in Ningi LGA of Bauchi State.

“Because the police were after them, they abandoned the vehicle, snatched a motorcycle and escaped into the bush. The entire surrounding was cordoned off by a combined team of security personnel and two persons were arrested. They confessed to have killed the professor and snatched the Hilux vehicle”.

He gave the names of the suspects as Mohammed Musa, 32, and Jamilu Idris, 33 years old.

“Investigation is in progress and efforts are being intensified to apprehend other fleeing suspects. We urge members of the public with useful information to assist the police”, he said.