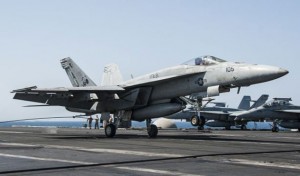 U.S.-led forces launched 15 air strikes against Islamic State (ISIS) in Iraq and 11 in Syria, the United States military said on Saturday, adding that nine targets in Syria centered around the border city of Kobani which was recaptured from the militants in January. Reuters report: