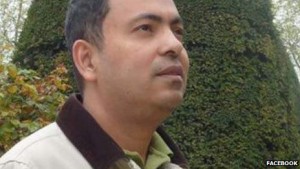 A knife-wielding mob has hacked to death a US-Bangladeshi blogger whose writing on religion had brought threats from Islamist hardliners. BBC has the report:

Avijit Roy, an atheist who advocated secularism, was attacked in Dhaka as he walked back from a book fair with his wife, who was hurt in the attack.

No-one has been arrested but police say they are investigating a local Islamist group that praised the killing.

Hundreds of students gathered in Dhaka to mourn the blogger’s death.

He defended atheism in a recent Facebook post, calling it “a rational concept to oppose any unscientific and irrational belief“.