Home Politics We Don’t Tell You About Change Because We Are Not Bus Conductors...
Facebook
Twitter
WhatsApp 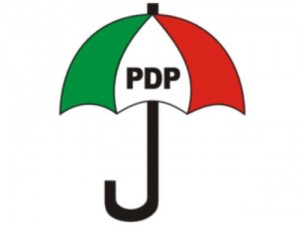 The First Lady, Dame Patience Jonathan, Thursday, urged women in the country to vote for the Peoples Democratic Party (PDP), saying no one loves Nigerian women than President Goodluck Jonathan. She tried a pun about the slogan of the opposition All Progressives Congress (APC), as she boasts that the PDP acts more and talks less.

“The PDP is a party that talks less and does more, unlike the APC that tells new lies every week. When you catch them today, they will tell another lie tomorrow. We (PDP) do not tell you about change because we are not bus conductors that ask for change,” said Mrs Jonathan at Orerokpe, Okpe Local Government Area of Delta State, where the PDP Women for Change Initiative Presidential Rally held.

“We are now in a digital age and we should reject anyone who wants to take us back to analog days. They keep saying they will do this and that. They should tell us what they have done for Nigerians while in office. As for President Jonathan, he has vowed to do more when he is re-elected.

“President Jonathan has brought a lot of innovation and empowerment programmes for us women. This is because no one loves the Nigerian woman more than Mr. President and the best way to pay him back is by re-electing him.”

The First Lady cited the Youth Enterprise With Innovation in Nigeria, YouWin and Subsidy Reinvestment and Empowerment Programme, SUREP, as some of the empowerment programmes the President Jonathan administration was using to empower women and youths in the country.

Speaking at the rally, Delta State governor, Emmanuel Uduaghan, applauded the developmental achievements of President Jonathan. “When someone does well in office, you should return that person to office and that is why all Deltans are prepared to re-elect President Jonathan as President, come March 28.”