Emmanuel Obuh was a relatively unknown name in the world of sports before the last Lagos State Secondary Sports Competition, tagged, ‘Ibile Games’.

During the competition, Obuh won the 800m event to emerge as the state champion from the long distance race and subsequently got a gold medal for his efforts. At the inter-house sports competition of the International School of the University of Lagos, ISL, held on Thursday, he broke the school records in the 800m and 1500m long distance events to show what stuff he was really made of.

Obuh, 16, reckons that although he did not find any of his enviable feats easy, he had always believed in his abilities to come out tops in whatever he does, especially the ones that he puts his heart to.

“It was really great to win the gold medal at the Ibile Games. Although I didn’t get anything else after winning the medal, I was left with a truly great feeling, especially the pride of winning,” the student told naij.com in an interview. 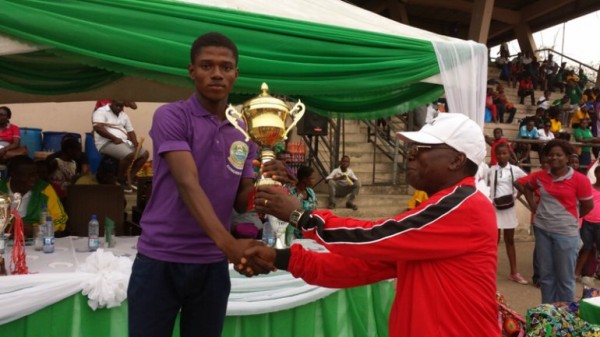 While stating his interest in short distance events, the youngster believes that he can rule the world of long distance race in no distant future.

The young champ, who was judged the best overall athlete at the recently held Inter-house Sports Competition, argued that he does a lot of road work to enhance his ambition of becoming an athlete in the nearest future.

Winning more accolades, he claimed, “are motivating to me because it makes me believe that I can do much more than I am doing presently. My parents support me a lot to achieve my aim and my coach also pushes me a lot“.

On how he manages to last long on the tracks, Obuh says that he does not do anything exceptional as he feels that it is just a special grace which God has bestowed him with.

“Although my coach often tasks me with doing the short distance races, I have not been able to excel in that event but I hope to one day run faster than I always do, especially within a relatively short distance.

“The school’s record holder in Junior 200m and High Jump events, Badewa Funmilayo, is someone I always look up to and I believe that I can one day emulate his records here in the school and exceed them,” he maintained. 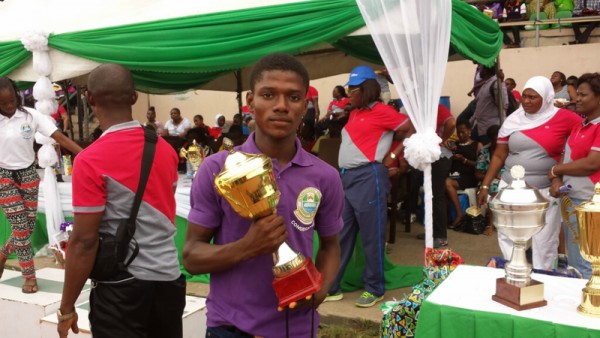 Like most young athletes, dark-skinned Obuh also has a future ambition and as one who is more famous for his long distance races, he ironically wants to beat Usain Bolt, the world record holder in 100m.

He said: “my major aim in life is to compete against the very best at the Olympic Games and ultimately beat Usain Bolt’s record because he is my greatest role model in athletics“.

Obuh was not the only young man that shone at the Ibile Games held in Lagos.

The event which sees secondary schools in Lagos slug it out in various sports competitions, has been hailed as good initiative by stakeholders in Lagos State, as a way of engaging the youths in Lagos and creating a healthy competition between the schools.