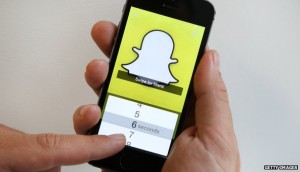 That values the four-year old firm at nearly $15bn (£10bn)makes it one of the world’s most valuable start-ups.

Snapchat allows users to send text and picture messages which disappear in 10 seconds.

The $15bn valuation puts the business in a league with taxi service Uber and Xiaomi, the Chinese smartphone maker.

Alibaba has invested in a range of start-ups in China, but its portfolio in the US is relatively small.

The company has stakes in video call app TangoMe and Lyft, a competitor to Uber.