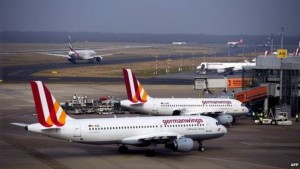 An additional $300m (€280m; £200m) has been put aside by Lufthansa in order to cover possible costs arising from last week’s Germanwings plane crash, that killed 150 people. BBC reports:

Lufthansa, which owns Germanwings, said that the amount was to cover “all costs arising in connection with the case”.  Meanwhile an access road to the French Alps crash site has been completed. Rescuers say its construction will help speed up the process of recovering victims’ bodies from the site.

But they have warned that the operation could take several months and that the severity of the crash means that some passengers may never be formally identified. None of the victims were found intact after the plane’s 700kph (430mph) impact, but 80 different strands of DNA have been identified at the site.

On Monday it emerged that co-pilot Andreas Lubitz, had at one point received treatment for suicidal tendencies before getting his pilot licence. Lubitz, 27, is suspected of deliberately crashing the plane in the Alps, killing all 150 people on board.

Officials in Duesseldorf said the investigation so far had revealed no clue as to his motives. Germany says that the $300m being put aside by Lufthansa is separate from the $54,250 (€50,000; £36,720) available to the relatives of each passenger to cover short-term expenses.