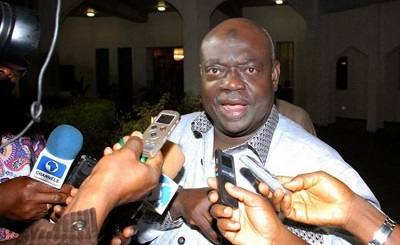 The governor of Niger State Babangida Aliyu of the Peoples Democratic Party  has suffered defeat in the Niger-East Senatorial District as the All Progressives Congress candidate, David Umaru, emerged winner with a wide margin.

In the results announced by the returning officer for the   district, Ali Jigam, at the Senatorial Election Collation Centre,   College of Education in Minna on Sunday, Umaru scored 49,519 votes while Aliyu got 17,209 votes.

The APC candidate scored 18,887 votes in Gurara Local Government Area while the governor had 6,520. In Shiroro LGA, the APC candidate polled 27,191 votes as against 7,519 votes by his PDP counterpart.

In Suleja council area, the PDP candidate, who is also the Chairman of the Northern States Governors’ Forum and a staunch supporter of President Goodluck Jonathan,   got 12,648 while his APC counterpart scored 34,326 votes

At the time of filing this report, results from Suleja, Paikoro and Rafi LGAs had yet to arrive at the collation centre. (NAN)