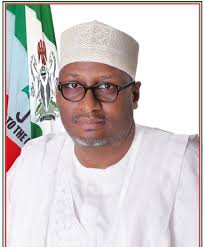 The ruling Peoples Democratic Party on Saturday in Abuja said that the All Progressives Congress could never win the forthcoming elections in the South-East region because it had no base there.

He said, “The APC has no chance of winning votes in Igboland despite the mind games of the APC chairman. Chief John Odigie-Oyegun chided Igbo chiefs for adopting President Jonathan in next week’s Presidential elections.

“The APC chairman pleaded with the Igbo Chiefs not to ‘carry their eggs in one basket’. When that basket falls and the eggs break, you are left with zero.

“It is 95 per cent to five per cent. Where is your bargaining power? Why are you playing that kind of politics?

“The APC chief spoke in Abuja when the Presidential candidate of the APC, General Muhammadu Buhari (retd.), met with select Igbo leaders in the North to solicit their support”.

According to Mu’azu, Igbo people “in their wisdom know that a bird in hand is far better than hundreds in the bush”.

He added that “Since 1999, the Igbo have supported the PDP, it’s their party and they have their stake in it”.

Alleging that it was the administration of Gov. Rochas Okorocha that forced itself like a military coup on Igbo land, Mu’azu vowed that Okorocha’s government would soon be “rooted out” of the land of the PDP candidate, Emeka Ihedioha.