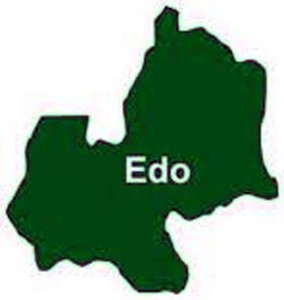 Senator representing Edo North senatorial district, Senator Domingo Obende and his senior legislative aide, Hon. Hassan Enakhele have left the All Progressive Congress (APC), joined by thousands of followers. They defected to the Social Democratic Party (SDP) over the weekend.

​The ceremony which took place in south – Ibie Kingdom in Etsako West LGA was witnessed by SDP leaders across Edo North led by the BOT Chairman, Chief Alhaji Usman Shagady, Hon. Abubakar Momoh, Etsako reps at the National Assembly who is also the SDP Senatorial candidate.

​Speaking after receiving the SDP membership card, Enakhele, a former House of Assembly aspirant of the party poured encomium on Momoh for his able representation of Etsako federal constituency at the national assembly. He said that Edo North people are looking up to him to replicate his achievements at the senatorial district and also provide leadership for the people in elective capacity after the exit of Comrade Adams Oshiomhole in Office.

​In his remarks, the SDP BOT chairman, Alhaji Usman Shagady said the six weeks extension granted to INEC is a blessing in disguise for the party to further receive more decampees from the PDP and APC.

“The PDP and APC are campaigning on the media, they are not on ground and in touch with the electorate due to their undemocratic practices,” he said.