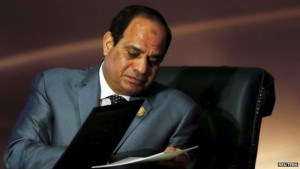 The heads of Arab League countries who were meeting in Egypt have agreed to create a joint Arab military force. BBC was there:

The League has been meeting in Sharm el-Sheikh amid a crisis in Yemen and the threat of jihadists who have made major gains in Iraq, Syria and Libya.

However, establishing the make-up and remit of the force could take months, analysts say. A 10-nation, Saudi-led coalition is currently carrying out air strikes against rebels in Yemen.

The strikes are in support of President Abdrabbuh Mansour Hadi, who fled after gains by the Shia Houthi rebels.

Correspondents have described the conflict as a proxy war between Sunni Arab nations and Shia Iran. Egyptian President Abdel Fattah al-Sisi said: “The Arab leaders have decided to agree on the principle of a joint Arab military force.”