Former Vice President Atiku Abubakar has commended the Nigerian military for its recent successes in reclaiming most of the territories previously seized by the Boko Haram sect.

The Nigerian military has in the past two weeks recorded major success in the counter-insurgency war as it has dislodged the terrorists from Baga (Borno), Gulak (Adamawa) and Bara (Yobe) with operations still ongoing to liberate other towns and villages still under the terrorists’ control.

In a series of tweets on Wednesday, Mr. Abubakar said “while these operations could have come earlier, it is important to commend the military for coming to the aid of our communities”.

The ex-vice president’s tweets below: 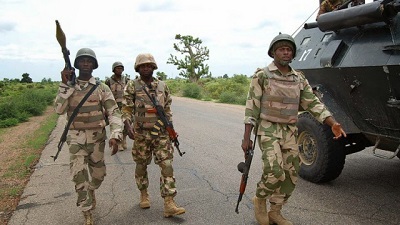 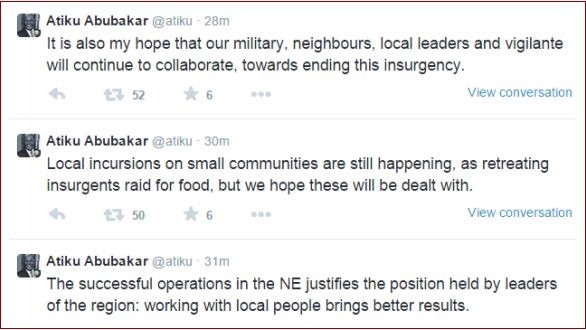