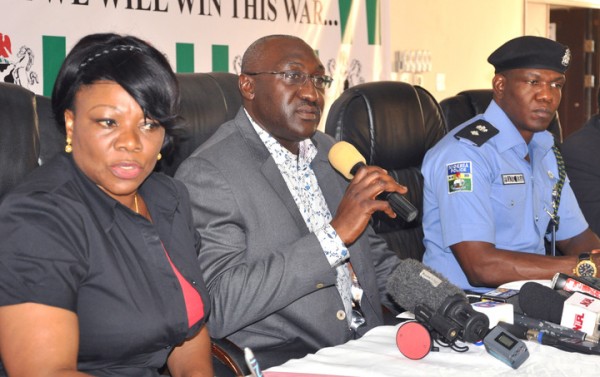 The Federal Government on Wednesday described the latest attempt by Boko Haram to identify with the Islamic State as an act of desperation.

Coordinator of the National Information Centre, Mr. Mike Omeri, at a press briefing on the state of security in the country, in Abuja, said that the current onslaught on the insurgents by the Nigerian Armed Forces and the multi-national forces has forced the Islamist group to pledge allegiance to IS.

According to Omeri, “the Centre has noted the latest audio recording posted online by the insurgent group, Boko Haram, where they pledged allegiance to the Islamic State (IS).

“We wish to state that there is no evidence that IS operates in Nigeria, and the latest attempt by Boko Haram to identify with the group is an act of desperation aimed at seeking attention and possible assistance from outside in the face of the crushing defeat they are suffering in the hands of the Nigerian Armed Forces and other regional collaborators.

“The fact of the matter is that Nigeria and her neighbours are pushing the insurgents away from their strongholds, capturing many of them and destroying their facilities”, he said.

On the security situation in Borno State, the NIC coordinator said that the Nigerian military forces, with the assistance of those of her neighbours, have continued to record more successes in the recovery and liberation of various locations in Yobe, Borno and Adamawa states.

According to him, the territories which have been retaken since Friday, March 6, 2015 includes Marte, Mafa and Damasak (Borno State) as well as Buni Yadi (Headquarters of Gujba LGA) and Buni Gari (Yobe State), bringing the number of recovered towns to 36.

Omeri further stated that the Civilian Joint Task Force (Civilian JTF) in collaboration with the security operatives, had arrested eight persons around customs area in Maiduguri, the state’s capital, for attempting to plant bombs in the metropolis.