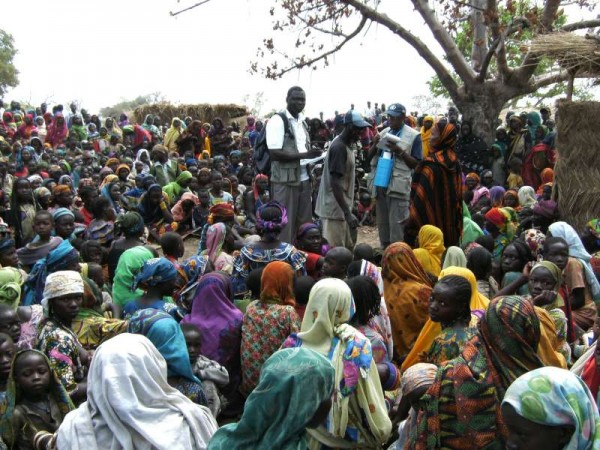 One million Nigerians are currently taking refuge in neighbouring countries such as Cameroon, Chad and Niger following the insurgency activities of the Boko Haram sect in the North-eastern part of the country, the Federal Government has said.

It also said about 650,000 other Nigerians are currently internally displaced due for the same reason.

Attorney-General of the Federation and Minister of Justice, Mr. Mohammed Adoke, disclosed this in his statement at the just-concluded high-level segment of the United Nations Human Rights Council’s 28th session held in Geneva, Switzerland.

According to the minister, the huge number of Nigerian refugees and IDPs had posed humanitarian challenge in the affected areas just as he noted that Nigeria’s experience in combating terrorism and insurgency perpetrated by the Boko Haram sect in the North and its common borders with Chad, Niger and Cameroon, demonstrated the relevance and potency of international cooperation and solidarity in tackling the scourge.

Adoke said, “Since the insurgency began, close to 650,000 Nigerians have been internally displaced in the North Eastern part of Nigeria; and another one million, as refugees in neighbouring countries of Cameroun, Chad and Niger. This situation has posed grave humanitarian situations in the affected areas including the neighbouring countries”.

The minister noted with satisfaction the recent success achieved by security forces and the increased level of cooperation at regional and sub-regional level to raise a multi-national force of 8,700 involving Chad, Niger, Cameroun and Benin by the African Union.

He noted that the initiative offered valuable lessons for the global community.

Adoke, while stressing the need for increased financial and material support for the multi-national joint task force as well as the internally displaced persons and refugees, described as disturbing, the resort to the use of child soldiers and female bombers by the insurgents.

He said, “Another disturbing trend in the activities of the Boko Haram terrorist group is the increasing use of child soldiers and under-aged female suicide bombers in the perpetration of heinous crimes against civilian populations.

“On 21 January 2015, I issued an Advisory to the Boko Haram terrorist group and all those involved in the conflict on the legal consequences of the unlawful use of children in armed conflict and government’s determination to hold accountable, all those found culpable for this crime and other crimes such as abduction, rape, maiming, forced displacements and sexual slavery.

“This is consistent with our treaty obligations under the Convention on the Rights of the Child and its optional Protocols”.