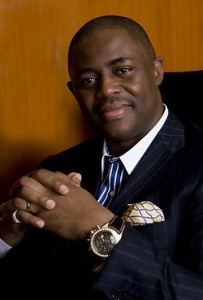 Fani-Kayode also berated former Governor of Lagos State, Asiwaju Bola Tinubu, and the spokesperson of the APC, Alhaji Lai Mohammed, who he said were accusing him of many crimes, including bad health.

“My name is Femi Fani-Kayode, and nobody can Kill me before my time. Nobody can cut me short and I habour no fear of violence and I do not take threats lightly. Neither do I fear for my life.

“Because I have never shed blood and I do not believe in violence, the angel of the Lord will strike that person dead before they point a gun at me in Jesus Name.”

Meanwhile, the party has expressed gratitude to Nigerians for their renewed solidarity and overwhelming support for President Jonathan.

The party said its National Chairman, Ahmadu Adamu Mu’azu, has directed all PDP candidates as well as would-be government appointees under the party to prepare to go the extra mile to make huge sacrifices after victory.