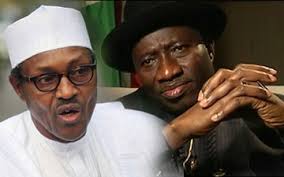 The Presidency has accused the All Progressives Congress, APC, Presidential Candidate, General Muhammadu Buhari (retd.) of avoiding a debate with his Peoples Democratic Party counterpart and incumbent President Goodluck Jonathan.

The Presidency alleged that Buhari and his campaign organisation had rebuffed all entreaties to get the former head of state to debate with President Jonathan.

The Special Assistant to the President on Media and Publicity, Dr. Reuben Abati, made the allegation in a piece entitled ‘We challenge Buhari to a debate’.

Abati said, “The man to blame for this denial is General Muhammadu Buhari, the presidential candidate of the All Progressives Congress. Getting him to debate the incumbent, President Goodluck Ebele Jonathan, has been an uphill task.

“To say that the man is scared, practically running away from an opportunity to debate his ideas against the incumbent’s, is to be charitable. He doesn’t want it. Every effort to get him to the podium has been rebuffed by him and his handlers”.

He added that while Jonathan accepted invitations to two presidential debates before the elections were rescheduled, “Buhari was not interested” in any of them.

The presidential spokesperson noted that every Nigerian would love to see the PDP and APC presidential candidates in a debate, being the main contenders in the election. According to him, that would be good for our democracy.

Abati recalled that the first group that approached Jonathan was represented by John Momoh of Channels TV; Emeka Izeze of The Guardian, and Nduka Obaigbena of ThisDay, Arise TV and the Newspapers Proprietors Association of Nigeria.

He said while the Presidency agreed to any Sunday, Buhari allegedly rejected a Sunday because “he does not work on Sundays”.

Abati further said the APC candidate also rejected a Monday offer. He added that both parties later agreed to a Tuesday.

“Two days to this debate that would have been, I received non-stop frantic calls from the troika of Momoh, Izeze and Obaigbena. There had been a development, they said. The fresh development was that they had met that same evening with General Buhari and he did not agree anymore to a debate with President Jonathan.

“Rather, he wanted a town hall meeting, in which he would be the sole participant. Another town hall meeting could be organised the same day for President Jonathan and both could be aired back to back. That was his request and wish. Momoh and co wanted the President to agree to this”, he said.

Abati said the Nigeria Elections Debate Group was the second group to invite the two leading candidates to a debate.

The presidential spokesperson added, “The Buhari camp, again, rejected this invitation on the grounds that the media houses involved were pro-government and therefore partisan”.

In its reaction, the APC Presidential Campaign Organization faulted the Presidency for being hypocritical as it recalled that during previous elections, the PDP had always rejected debate offers by Buhari to the candidates of the ruling party.

The Director, Media and Publicity of the APCPCO, Mr. Garba Shehu, queried why the PDP-led presidency did not cry foul when former President Olusegun Obasanjo, the late ex-President Umaru Yar’Adua and the incumbent rejected the APC presidential candidate’s offer to engage them in debates during the 2003, 2007 and 2011 elections.