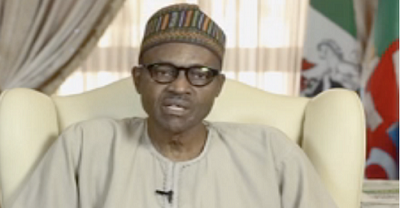 The All Progressives Congress Presidential candidate, Muhammadu Buhari, has pointed out that the Economic and Financial Crimes Commission, EFCC, has not recorded any high profile conviction since President Goodluck Jonathan came to power four years ago.

Speaking through the Director of Media and Publicity, APC Presidential Campaign Organization, Garba Shehu at a press conference Thursday in Abuja, the former head of state said EFCC’s inability to record a conviction is in stark contrast to its past record, where former governors and other senior public officials accused of defrauding the Nigerian people were tried and prosecuted.

“Thus, we can safely say that President Jonathan has muzzled the EFCC. “He has turned one of our country’s most respected and revered institutions into a toothless bulldog without even as much as a bark”, he said.

The campaign spokesman said it is startling to see the dexterity with which President Jonathan sacked the former chairman of SURE-P, Gen. Martin Luther Agwai (retd.), following his pronouncement on the desirability for change.

The retired Army General was reported to have talked about the “desirability for change” in the country at the 78th birthday ceremony of former President Olusegun Obasanjo in Abeokuta, the Ogun State capital recently.

His speech at the event and defiance of a presidential directive that government and PDP officials should stay away from the former president’s birthday event, earned Mr. Agwai, a former Chief of Defence Staff under Obasanjo, a sack.

Mr. Shehu said the president hastily sacked the SURE-P boss, adding “meanwhile, ministers and other senior members of his government who have heavy allegations of corruption hanging on their necks still comfortably retain their positions”.

He further claimed that not only did Mr. Jonathan stop the EFCC from doing its job, but that he has also reversed some previous achievements of the commission by granting state pardon to erstwhile government officials whom it had uncovered as guilty of corruption.

“To make matters worse, at present the EFCC itself is in turmoil.

“Its chairman is accused by staff of corruption. The commission’s staff is also being owed salaries and entitlements, having not been paid for three months.

“It is no wonder, therefore, that Nigeria remains in an abysmal low on the Transparency International ranking of corrupt countries in the world”, he said.

The APCPCO spokesman added that yet another clear example of the wanton corruption that has become commonplace in President Jonathan’s government is the recent announcement by the Nigerian Senate that the Ministry of Works’ budget has been reduced by 89 percent.

“Who was the intended recipient of the unnecessary, extra 89 percent? Into whose pockets were the superfluous millions intended? And if indeed the 89 percent was essential to the effective functioning of the ministry, is the reduction just an attempt by the PDP government to punish Nigerians for asking for CHANGE?” he said.

On the issue of security, the campaign organization recognized the efforts of the Nigerian Armed Forces – in collaboration with a multinational force made up of armies of neighbouring African countries – which have resulted in a number of significant victories in the fight against Boko Haram, with about 36 territories taken back from the insurgents over the past few weeks.

“This is commendable. We congratulate our armed forces”, Shehu said.

“However, we cannot ignore the fact that President Jonathan left the issue to fester for too long.

“All this effort could have been applied much earlier, thus saving hundreds of lives and preventing thousands of displaced persons who are currently languishing in camps and homes in northeast Nigeria and parts of Abuja – with little help and attention from their government.

“We cannot but conclude that the Jonathan government allowed Boko Haram fester because of the political mileage gained from the crises. He did not show any concern for the people of northeast Nigeria while they suffered under the continuous, brutal attacks of the terrorists.

“He still does not care about them. For him, a victory over Boko Haram is simply an attempted victory over the hearts of Nigerian voters in the 2015 elections”, he said.

The APC flag bearer also said President Jonathan is making Nigeria a laughing stock in the comity of nations.

He said the president has once again dragged Nigeria into the theatre of the absurd, making a mockery of his office through the current embarrassing debacle with the King of Morocco over a purported telephone conversation.

“This is just the latest in a series of diplomatic faux pas.

“President Jonathan is destroying international relationships that existed before his tenure. He has already earned the scorn of other world leaders, such as Obama, through his poor human rights record”, he said.