CAN Dragged To Court, READ WHY 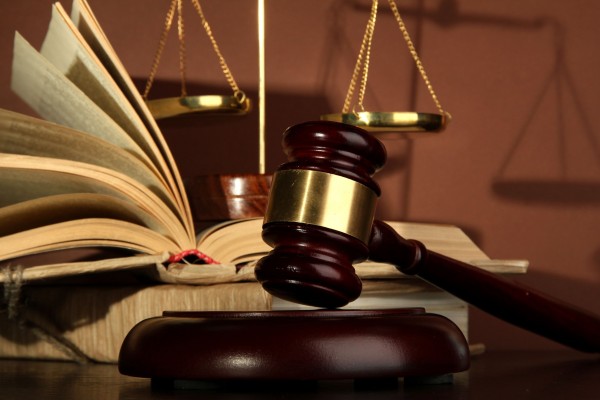 Barrister Samuel Kwamkur, a member of YOWICAN, instituted the case against CAN, the Director of Youth, Apostle E. Fagbule and the winner of the January 29 YOWICAN election, Daniel Kadzai. Kwamkur explained that the processes of electing executives for the youth wing of CAN started last year, 2014. He expressed interest and his name was forwarded by TEKAN and ECKWA fellowship to the national secretariat of CAN.

According to Kwamkur, who is asking the court to declare the last YOWICAN election null and void, he prepared for the election which was held on January 29, but while screening was going on, the CAN body conducting the election announced that he had been disqualified, without calling him to present any documents.

He explained that he was never given prior knowledge that he would be disqualified, but was disqualified unexpectedly, saying that the move angered his supporters who were present and wanted to react negatively to the action, but he was able to prevail on them not to.

The counsel representing Kwamkur in court, Barr.Okoro Edwin explained that it was later that they saw a letter that was purportedly written sometime in November, indicating that Kwamkur was disqualified by the national executive of CAN because he printed posters and was campaigning.

“Therefore, what it means is that some people just sat somewhere and decided to disqualify him, without knowing their motives. We believe that being a Christian organisation, if they cannot be democratic, only God knows what other organisations would do.

“CAN has their constitution and they did not follow it, they have a guild line which they sent to all the five Christian groups, they did not follow the guild line, that is why we are in court. We are suing CAN who is the second defendant, the third defendant is Daniel Kadzai, the purported winner of the election, because, he never contested or indicated interest for the position, but they just came out and announced his name.

“While the Director of Youth told my client that he does not want him to be the President of YOWICAN. We are asking the court to declared the decision of the Director of Youth and CAN to disqualify the plaintiff none and void, as it refers to CAN Constitution 2014 and the 1999 Constitution. We want the court to declare the election invalid. We want the court to grant a perpetual injunction restraining the third defendant, Daniel Kadzai from parading himself as the national Chairman, YOWICAN.

“Justice K. N. Ogbonnaya of the Federal Capital Territory (FCT) High Court had on March 2 granted Interim Order retraining CAN from swearing Mr. Daniel Kadzai in as the National President of YOWICAN, pending the determination of our motion on notice for interlocutory injunction which comes up on March 25 for hearing,” he said.

The general secretary of CAN, Rev. Musa Asake, said that at that time the Christian association had nothing to say about the allegation since the matter had been taken to court, but that it would not be long before the association would speak on the matter.

It will be recalled that the country’s major opposition party, the All Progressives Congress (APC), Edo state chapter had revealed more on the bribery scandal rocking the Christian Association of Nigeria (CAN).