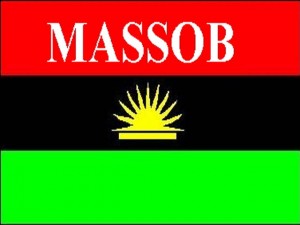 Zonal Director of the Civil Liberties Organisation, South East, Olu Omotayo, has alleged that selected justice is being used regarding the advancement of Biafra activism in the country.

According to the group, while members of the Movement for the Actualisation for the Soverign State of Biafra (MASSOB), that protested the removal of Independent National Electoral Commission (INEC) chairman, Attahiru Jega, were not arrested, some of their colleagues in the same struggle, led by Mr. Benjamin Onwuka, are currently being charged with treason.

Speaking in Enugu last weekend, Omotayo, in a statement, yesterday, said: “It is no news that Benjamin Onwuka and 10 other Biafra activists are standing trial for treason before an Enugu Federal High Court presided over by Hon. Justice D.V. Agishi.

“It should be noted that part of the offences leveled against the activists was riasing of the Biafran flag at the Enugu State Broadcasting Corporation and the state Government House.

“The Attorney-General of the Federation had maintained before the court that the Biafra activists belong to an outlawed violent group and also maintained that Biafra flags and other emblems depicting the state of Biafra are outlawed.

“The most surprising thing in Enugu city today was the full police protection accorded a faction of Biafra activists campaigning for the removal of the Independent National Electoral Commission, INEC, chairman, Professor Attahiru Jega,” the statement read.

The protesters were dressed in Biafra Army uniforms and they carried Biafra flags and other Biafra emblems as they protested round Enugu city.

“What happened today at Enugu shows that the country has actually jettisoned the rule of law which is the cardinal principle in any civilised democracy and we are now operating the Rule of the Jungle,” Omotayo noted.