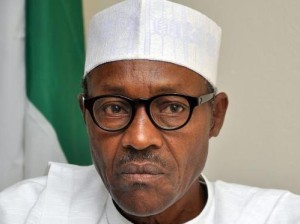 In a press statement on Friday, Buhari urged Jonathan to show commitment to the peace accord signed by the two presidential candidates by curbing the excesses of security operatives in the country.

On Thursday, March 26th, President Goodluck Jonathan and I signed a new accord reinforcing our commitment to violent-free elections.
The new accord is a follow up to the Abuja Accord which we signed, along with nine other party leaders, on Jan. 14th 2015, to show our commitment to free, fair and credible elections in our dear country.

I take these accords very seriously, and this has reflected in the issues-based campaign which I ran all through the period of electioneering campaign, despite the provocative and sleazy campaign directed at my person and my party.

But recent developments across the country, ahead of Saturday’s elections, run against the contents and spirit of the peace accords.
For example, the ink with which we signed the new peace accord had barely dried when we started hearing reports of violence directed against members of our party, the All Progressives Congress (APC), as well as glaring acts of harassment and intimidation being carried out against the opposition by security agents across the country.

Shots were fired at the convoy of the Director General of my Campaign Organization, His Excellency Gov. Rotimi Amaechi of Rivers State, in Rumuolumeni, Obio Akpor area of Port Harcourt, a few hours after the second peace accord was signed, leaving two persons injured.

I do hope this is not a confirmation of the information reaching my party that some notorious security agents have been deployed to Port Harcourt to restrict the movement of Gov. Amaechi.

In Ondo State, a serving APC member of the House of Representatives, Hon. Eniolorunda Omosule, was arrested and detained by the police for no reason other than to keep him away until after elections, while we have heard reports of an alleged meeting in Ibadan between the Commissioners of Police in the South-west and PDP officials.

In Imo, we have read of how more than 30 armed mobile policemen were unleashed on some APC youths at Mbutu in Aboh Mbaise Local Government Area, with the policemen firing indiscriminately, smashing doors and windows and arresting some of the youths, while there are alleged plans to deploy troops clothed in DSS uniforms to the South-west to help the PDP to rig the elections.

These are worrisome developments, more so because they involve security agencies, which are supposed to be neutral and professional in carrying out their constitutional duties of protecting the lives and property of Nigerians, irrespective of their party affiliations.

I remain committed to the two peace accords which we signed to ensure free, fair, transparent and peaceful elections on Saturday and on April 11th, and once again I urge all my supporters to shun all acts of violence, even in the face of the worst kind of provocations.

However, the wordings of the accords must mean something if indeed they are the paper they are writing on. The new peace accord we signed on Thursday called on INEC and all security agencies “to ensure strict adherence to their constitutional roles”. This is the minimum requirement for us to have credible elections. When those who are being paid to protect Nigerians turn around to unleash violence on them, it portends great danger for the polity.

With less than 24 hours to the Presidential elections, I call on President Goodluck Jonathan to immediately call the errant security agencies to order, in the spirit of the peace accords. The President should make it clear that any security agent who engages in acts that are inimical to the success of the elections will face the full wrath of the law.