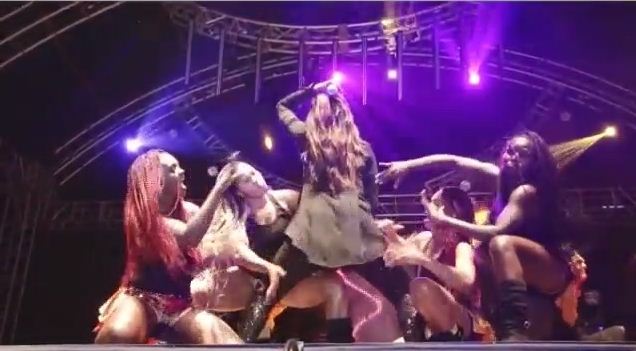 The pregnant singer did not hold anything back during her show in Uganda last week. The singer who was absent at the African Magic Viewers Choice Awards was at first thought to be taking a break due to the pregnancy, till photos showed that she was in Uganda for a different show. Now, recent footage released by Mrs. Billz on Instagram shows her dancing energetically on stage, flawlessly in sync with her choreographers before she turns and gives a marvellous twerk. Watch video below

Share
Facebook
Twitter
WhatsApp
Previous articleI Am Sure Of Buhari’s Integrity, But I Can’t Say The Same About His Associates – Tunde Bakare
Next articleCleaner Gets N7,200 Salary Increment For Returning N12 Million
- Advertisement -