Home Entertainment Davido Gets Cursed Out By Kenyan Fans After His Drunk And Immature...
Facebook
Twitter
WhatsApp 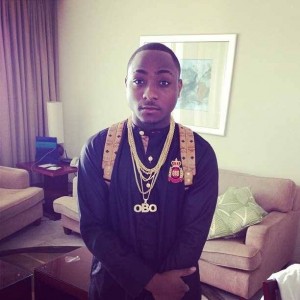 Wow, Davido is currently under huge fire after and apparent awful concert at Kenya.

The highly regarded singer might have lost his entire fan base in Kenya after he flew to Kenya two days ago for a concert scheduled for March 28, 2015.

He missed Nigeria’s election yesterday due to this concert, but the end product brought him nothing but shame as fans blasted him for his supposed proud and immature attitude and for getting drunk at the concert.

Some fans laughed about how he smoked too much Kenyan weed and he and his crew lost over 10 phones in one night.

Kenyan fans who were present at the concert took to twitter to express their displeasure over Davido’s rude act.

Even BBA The Chase 2013 contestant, Annabel didn’t hold back her displeasure over davido’s performance.