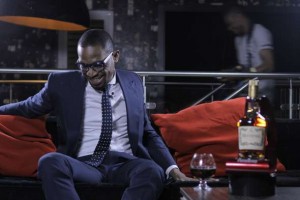 The Kokomaster and ‘Big Fish’, Dbanj had his absence noticed at his niece’s first birthday in Lagos, Nigeria on Saturday, March 14, 2015.

D’banj was neither present at the close-knit family event held for the beautiful Kalyani, who is his brother, Kayswitch’s first daughter, nor did he wish her a happy birthday on his social media handles like other celebrities that include Tonto Dikeh and Olamide.

However, Dbanj’s handlers claimed he loves his niece dearly and was absent at the occasion because he was outside the country on duty calls.

It was further stated that the pop singer would be reuniting and hosting another birthday session for the little Kalyani when he returns to the country.