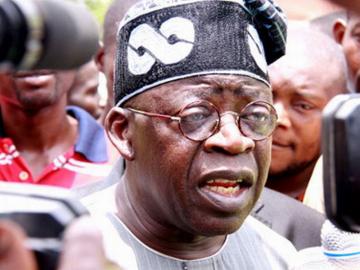 National leader of the All Progressives Congress, APC, Asiwaju Bola Ahmed Tinubu, has described former President Olusegun Obasanjo as a teacher of dignity and boldness.

Tinubu revealed that during the period when he, as governor of Lagos State, and the former president had political differences, Obasanjo constantly kept him on his toes.

Tinubu, who also described Obasanjo as a true nationalist, disclosed that he got to later know that all that transpired between them was done out of passion for perfection by the former president and not sentiments.

The APC leader spoke yesterday while giving a goodwill message during the 78th birthday ceremony of the former president, which was held at the Olusegun Obasanjo Presidential Library, OOPL, Abeokuta, Ogun State.

“I am honoured to be here to celebrate with our ‘Papa’. It is just a rare opportunity to pay a tribute to a nationalist, a teacher, a disciplinarian, a tutor in dignity and boldness.

“It is true that there are no permanent friends or permanent enemies in politics, what we have is permanent interest.

“Once upon a time, some nine years ago, I went to the Villa and the President (Obasanjo) asked me to walk out and I abuse him on the pages of newspapers. I told him that he is a tenant here, because this house belongs to every Nigerians. If I have come to Ota, you can send me away.

“I took him to court as a President and one day we met at the court gate and he said, you Bola, you took me to court and I said No Baba, I don’t take you to court but I took Nigeria President to court and he said get away. I told him right there that I will not get away until I get what I want.

“All his actions and inactions during that time, I now find them not to be emotional but a passion for perfection. Obasanjo is an open book, when you read a chapter, you open another chapter and if you drink from that cup of wisdom, it is a great thing”, Tinubu disclosed

Speaking on the recent public tearing of Mr. Obasanjo’s PDP membership card, Tinubu noted that the action was borne out of the former president’s love of his fatherland.

“PDP is an elephantiasis and only APC can cure it, it will be cured. If you drink APC without alcoholic beverages, it will cure it. The day I saw Baba instructing that shredded umbrella card to be torn, I asked why, but later I got to see that it was about patriotism and love for the country.

“What would Obasanjo want from Jonathan or the PDP that he has not gotten, but he puts all that aside and believes in the unity and cohesion of this country. In order to free himself from that bondage of partisanship, he decided to remain a statesman by his action”, the former Lagos State governor stated.