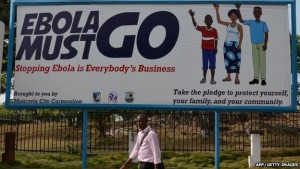 Sierra Leone is to receive not less than $80m (£52m) immediately to help the country end the Ebola outbreak and recover from its effects. The money is expected soon as the IMF has pledged a $187m financial aid package for Sierra Leone to support the country’s struggling economy. BBC has more:

World leaders are meeting in Brussels on Tuesday to talk about Ebola and long-term plans to fight the disease. Nearly 10,000 people have died in the outbreak, the vast majority in Guinea, Liberia and Sierra Leone.On Monday the UN said that the struggle to contain the epidemic was reaching a “second phase”. UN experts say the spread of the disease in West Africa has dropped to almost 10% of what it was six months ago.

Liberia in particular continues to have a low level of transmission, with only one new confirmed case in the week leading to 22 February. This compares to 34 in Guinea and 63 in Sierra Leone.

But the UN special envoy on Ebola, David Nabarro, told AP that the international community should not become complacent as getting to zero cases was “the hardest part”.