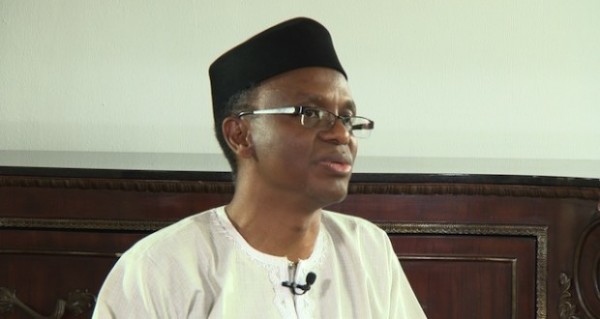 Governorship candidate of the All Progressives Congress in Kaduna State, Malam Nasir El-Rufai, has urged the people of the state to resist Vice President Namadi Sambo’s management of Kaduna as his personal estate through his cronies.

Mr. El-Rufai, who featured on a Liberty Radio breakfast programme, ‘Issues and Events’, in Kaduna, said there is an urgent need for all citizens of the state, irrespective of religion, region, ethnicity and political affiliations, to stand up and free the state from corruption, insecurity and incompetence.

“How can Namadi Sambo deliver two million votes for the PDP in our state? Can he in all sense of modesty win his own polling unit? The people of Kaduna will stand with General Muhammadu Buhari again as they have always done. The people of Kaduna state irrespective of religion, ethnicity and sentiments will vote out corruption, insecurity and bad governance”, he said.

“Let me tell you, the people of Kaduna have resolved to free Kaduna state from Sambo, who is treating the state as part of his personal estate through his cronies. His sharing of money and manipulation of religion cannot work again”, the former FCT minister stressed.

The APC gubernatorial candidate said Sambo’s “fire brigade” approach will not work and wondered if the vice-president thinks that the people of Kaduna state do not have a mind of their own.

“He is going round, sharing money across the state. Where was he when over 4,000 people were killed in Southern Kaduna? What was his concern about killings in Birnin Gwari and the entire state? I told you and take it from me, the Christians and Muslims in Southern Kaduna and Northern Kaduna are ready to redefine the future of Kaduna state and the end is here for him and all his cronies.

“Governance is not personal business, it is about service delivery. You can’t go on holiday when you are supposed to be working and only remember people on the eve of elections. It will not work by the special grace of God”, El-Rufai maintained.