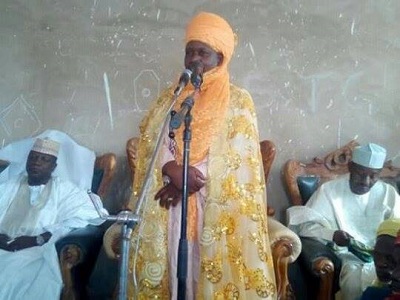 The Emir of Bukkuyum in Zamfara State, Alhaji Mohammed Usman, has been abducted by unknown gunmen.

The incident happened on Friday night when the gunmen invaded the headquarters of Bukkuyum local Government Area, shooting sporadically and chasing away residents before they whisked the monarch to an unknown destination.

Although details of the incident are sketchy, witnesses say the attackers confiscated the emir’s telephone handsets and then ordered him to board their vehicle.

The Zamfara Police Command could not be reached for comments at this time, but the state‎ Commissioner for Information, Ibrahim Magaji, confirmed the incident to the News Agency of Nigeria (NAN).