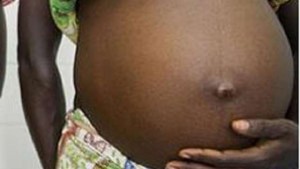 A top politician based in Enugu State who is said to be a Personal Assistant to the state Governor, Sullivan Chime, narrowly escaped death when some angry secondary school teachers stripped him naked and mobbed him for allegedly impregnating a school girl. Red more from Pulse:

The middle-aged politician identity was uncovered in his car that was impounded by the teachers and students of the Metropolitan Girls Secondary School, Ogui New Layout, Enugu, via his identification cards, Permanent Voters Card (PVC) and other documents found in the car. The culprit who was described by those who know him as a very randy man with a penchant for going for teenage girls, had reportedly impregnated the SSS1 girl of the school and urged her to go for an abortion but she refused.

The cat was let out of the bag when the victim suddenly slumped on the ground during morning assembly on that fateful day, bleeding profusely. She later named the man responsible for the pregnancy. He was therefore lured to the school where he was mobbed. The state Commissioner for Education, Professor Uche Okolo, confirmed the incident and told newsmen:

“A man was apprehended. The man defiled a girl. The girl got pregnant. The child was bleeding and rushed to hospital.

The school made a report to NAPTIP. The man came to the school to take the girl and he was arrested. The good thing is that he has been apprehended. He should go and face the law.”