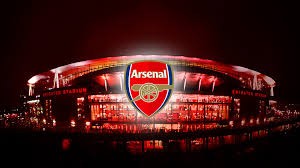 Arsenal increased there lead over rivals Liverpool and Manchester United who play on Sunday, as they beat Newcastle at St James Park.

The visitors got off to a flying start and were deservedly ahead when Olivier Giroud was at the end of a setpiece. The French striker scored again subsequently from a corner kick squashing any hope of a comeback by the home side.

However, it was an entirely different affair in the second half as Newcastle dominated proceedings.

The hope of a comeback was ignited when Moussa Sissoko buried a low cross from Remy Cabella to the bottom right corner to send the faithful into raptures.

Ayoze Perez had a chance to draw level for the Toons but his effort missed the top right corner.

Arsenal were feeling the pressure and remained compact and resilient in defense but that didn’t stop an adventurous Newcastle side.

Yoan Gouffran was inches to grabbing the equalizer but his shot was saved by David Ospina.

The Colombian was called into action soon afterwards as he magically saved a Sissoko’s header intended for the back of the net.

However, the Gunners held on to secure a vital win as the race for Uefa Champions League spot heats up.

Tottenham’s Harry Kane had a day to remember as he banged a hat-trick in a nervy 4-3 victory against a determined Leicester City.

The striker was recently called to the England National team moved his tally to 29 goals this season.

It took only six minutes for Spurs to get the first initiative when a corner was directed to the back of the net by Kane from close range.

It looked game over for the visitors when a Kane’s shot in the box was deflected into the bottom left corner.

But Jamie Vardy scored to hand the visitors a lifeline before halftime.

They soon equalized after Matthew James’s cross was graciously met by Wes Morgan.

Danny Rose was fouled in the penalty area and the referee had no option but to point to the spot. Harry Kane buried to complete his hat-trick.

Leciester’s Jeffrey Schlupp was in full grimace as he was involved in an own goal, and when Tottenham thought they had secured a victory, David Nugent scored momentarily at the other end to make the final minutes a pulsating one, much to Maurio Pochettino’s frustrations.