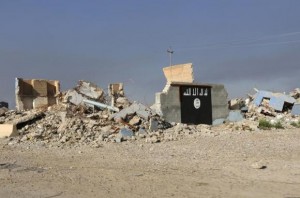 A group of foreign medical students, among which are seven Britons, an American and a Canadian, are thought to have travelled to Syria to work in hospitals controlled by Islamic State, a Turkish member of parliament in the border region said on Sunday. Reuters report:

Ten of the group, aged between 19-25, flew from the Sudanese capital Khartoum to Istanbul on March 12, according to Mehmet Ali Ediboglu, an opposition MP in the Hatay border region who is trying to help their parents find the men and women.

An 11th member of the group – which also includes two Sudanese – flew to Istanbul from Toronto before they crossed together illegally into Syria, Ediboglu told Reuters.

“Their families came here to look for them after they went missing. The families found us and asked for our help,” he said by telephone from Hatay.

A Turkish government official said the British, Turkish and Sudanese security services were jointly investigating but gave no further details.

Britain’s security services estimate that some 600 Britons have gone to Syria or Iraq to join militant groups, including the man known as “Jihadi John”, who has appeared in several Islamic State beheading videos.