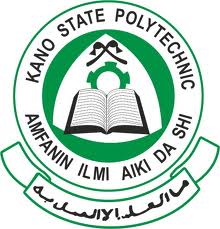 The Vice President, Namadi Sambo, has said that the Federal Government, has so far spent over N34 billion on the provision of various developmental programmes and projects in higher institutions in Kano State.

Sambo disclosed this at an interactive session with members of the Bayero University Kano (BUK) community, when he visited to commission and lay the foundation for various projects.

According to him, the money was spent through intervention programmes under the Tertiary Education Trust Fund (TETFUND). This, he said, was because, the government was conscious of the fact that education was the bedrock for any meaningful development in the society.

Within a “period 2010 to 2014 the total amount expended by TETFUND for both infrastructural and academic training in Kano State tertiary institutions is N34.109 billion,” out of the “total of N644 billion invested by TETFUND across the country within the period,” Sambo noted.

Sambo stated that the achievements of the present administration were not limited to the education sector but also in the power, transport, security, anti-corruption drive, agriculture, industrialization as well as other socio-economic programmes.