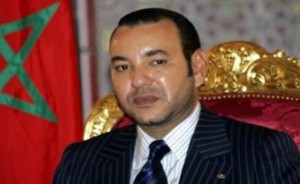 According to the FG, the discussion between the two leaders centred on the forthcoming election of the African Development Bank (AfDB), for which the country is lobbying for one of its ministers as president of the bank.

Moroccan royal palace had last week said that the Moroccan king declined a request for a telephone conversation with President Jonathan, accusing the Federal Government of trying to use the king of Morocco to win over Muslim voters ahead of the general elections in Nigeria. The kingdom had since recalled its ambassador to Nigeria.

“Morocco confirms, in the clearest and strongest terms, that there has never been a phone conversation between King Mohammed VI and the president of Nigeria,” a statement by the Moroccan foreign ministry, said.

Senior officials of the Foreign Affairs Ministry, however, told Vanguard that Jonathan lobbied for the country’s candidate in the election and did not discuss anything about Nigeria’s forthcoming general elections as they had nothing to do with Morocco.

“There was a discussion last Friday between the two Presidents on the next president of the AfDB. President Jonathan lobbied the Morocco president to support Nigeria candidate over the election coming up in May. Nigeria is suspecting mischief. We are thinking that there was misinformation somewhere,” Nigerian foreign affairs officials, who spoke to Vanguard anonymously supplied.

“The policy is that when your Ambassador misinforms his president, that Ambassador will be recalled to his country. It is wrong for Morocco not to support our candidature.

“That discussion has nothing to do with the general election in Nigeria but AfDB election. Our own election is a domestic issue,” the officials said, hinting that a formal statement would be issued on the matter today by the ministry.

Also, reacting to the issue, a former Nigerian Ambassador to more than five countries across the globe, Suleiman Dahiru, said that “there’s more than meets the eye” over the issue.

“There is something fishy, because if there is any one to talk to in the Arab world on election, it should be the president of Saudi Arabia and not the king of Morocco. In diplomatic relations, it is a very serious issue to recall an Ambassador.

“Besides, Morocco is not a serious AU member. It sees itself as an Arab country but still in Africa. If Nigeria is seeking influence in the Arab world, Morocco is certainly, not the place to go but Saudi Arabia.

“In any case, Nigeria will not lose anything by the country recalling its Ambassador. They will be the one to lose,” Dahiru said.