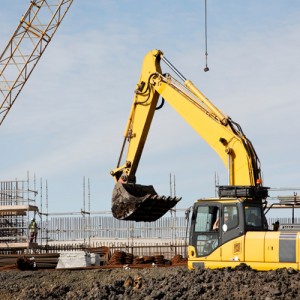 The Construction and Civil Engineering Senior Staff Association (CCESSA) has called on the federal government to settle its N118 billion debt owed on completed federal roads in 2013. The body said over 8,000 of its members had been relieved of their employment due to the inability of their employers to pay them.

In an eight-point communiqué issued at the end of the National Executive Council meeting of CCESSA, which ended in Calabar, Thursday night, the association’s president, Comrade Augustine Etafo, at the end of the meeting said “the NEC-in-Session decries the huge debt owed to construction companies by the government. Our employers are owed huge debts, thus complicating and compounding our already terrible situations.”

“The federal government alone, (Ministry of Works), owes contractors debt totalling over N118 billion for road projects completed in 2013 which was higher than the N94.1 billion earmarked for capital project in 2014 and over 8,500 workers lost their jobs in the Construction Sector in 2014.

“The NEC-in-Session explains that when our employers are not paid after rendering their services, they are forced to put their employees on redundancy thus turning us back to the unemployment market. The session, therefore, called on all the different levels of government to pay the debt owed to our employers immediately to avoid the massive lay-off of the workers that is already running into 10s of thousands in the year ending 2014/2015 alone.

“The NEC-in-Session also reiterates and urges the government to set up machinery for making promptly pay contractors as contained in the Contractual Agreement, especially for completed and certified jobs. It also recommends cash backing for subsequent contracts that are to be awarded in the industry.”