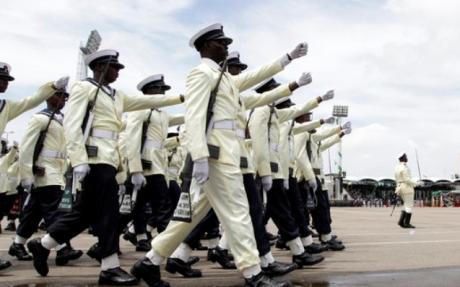 At least 100,000 barrels of crude oil is being stolen daily, which translates to 36 million barrels annually in the Niger Delta region, amounting to an annual loss of over N433 billion, the Chief of Naval Staff, Vice-Admiral Usman Jibrin, has said.

Speaking at the 2015 budget defence when he appeared before the Senate Committee on Nigerian Navy, Tuesday, Vice-Admiral Jibrin lamented that inspite of the fact that the Navy is constitutionally empowered to protect the nation’s maritime asset, it is currently constrained by paucity of funds.

Represented by the Navy’s Chief of Logistics, Rear Admiral Peter Akomaye Agbo, the Naval boss said: “The Chatham House revealed that Nigerian crude oil is being stolen on an industrial scale. It conservatively estimates that about 100,000 barrels valued at N1.18 billion is stolen daily due to poor law enforcement presence translated to N433.62 billion annually”.

The figure according to him, does not include those suspected stolen from the export pipelines, cost of oil spillage clean-up, income loss to the fishing communities and environmental degradation.

“If the Nigerian Navy is given 20 percent of this loss annually both capital and overhead budgets, it will go a long way in curbing this menace and make operations of international oil companies more profitable”.

The Navy further lamented that the federal ministry of finance has not been releasing its capital vote as in 2014 only 68 percent of the overhead cost was released to them saying, “the poor releases have further compounded the NN’s indebtedness to local suppliers and oil companies providing the fleet with logistics for operations”.

The Nigeria Navy also sought for the lawmakers’ intervention on the release of N4 billion, being balance of 2014 capital appropriation in order to avoid defaulting on contractual agreement for the acquisition of Operational Patrol Vehicles (OPVs).

According to the Naval chief, both the capital and overhead cost for 2014 budget was only implemented to 54.8 and 68 percent respectively. In 2015, the Navy, according to Jibrin, requires N205 billion as capital budget but lamented that only a paltry sum of N8 billion was allocated representing a massive 96 percent cut.

Consequently, the Navy pleaded with the senate to place it on a first-line charge funding from the consolidated revenue fund of the federation and the establishment of Naval Trust Fund to enhance their operations.

Responding, the committee chairman, Senator Chris Anyanwu (PDP, Imo), said: “I am very worried about the degree of oil theft and other illegal activities. The huge loses is worrisome. I suspect that there is international conspiracy about the stealing of Nigerian oil”.