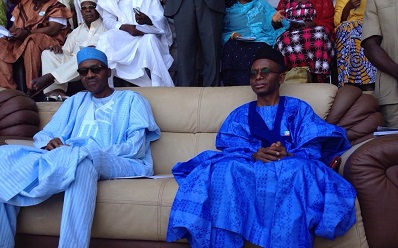 The association’s national president, Alhaji Aliyu Shehu, at a press conference in Kaduna, said the purported endorsement of President Goodluck Jonathan by the Miyetti Allah Kautal Hore led by one Bello Bodejo last week, was for pecuniary interests.

According to Shehu, the grassroots Fulani people were not part of what he described as “the dollar endorsement”.

He explained that even the National Chairman of Peoples Democratic Party, Adamu Muazu, and Political Adviser to President Goodluck Jonathan, Prof. Rufai Alkali, who are Fulani by tribe, could not deliver Fulani votes to the president in this weekend’s election.

Shehu noted that the Fulani had all resolved to throw their weight behind Buhari and El-Rufai because of their integrity, honesty and competence to salvage the country and Kaduna State.

The APCFNA leader, therefore, counseled President Jonathan to be wary of fake endorsements by hungry politicians.

Shehu pointed out that Jonathan had failed not only the Fulani people but the entire Nigerians, irrespective of religion or tribe, adding that even the Niger Delta people, where the president hails from, aside sentiment, would not cast their votes for the PDP flag bearer on Saturday due to non-performance.

Shehu said, “I and this large crowd are speaking the mind of Fulani people nationwide. We represent Fulani Development Association of Nigeria, Mobgal Fulbe and APC Fulani Nationwide Association.

“One Bello Bodeja, who personally in his capacity endorsed President Goodluck Jonathan and promised Mr President 50 million votes, but we don’t have 50 million votes for Buhari on Saturday and el-Rufai on April 11 because the entire Fulani votes are not up to 50 million.

“We have over five million eligible voters with PVC for Buhari on Saturday and our Fulani people in Kaduna State will all vote for Nasir el-Rufai on April 11”.