Home News Feed For Overtaking Their Convoy, This Is What Soldiers Did To Northern Elders...
Facebook
Twitter
WhatsApp

Some soldiers in Bauchi shot at Professor Ango Abdullahi, the spokesman of the Northern Elders Forum (NEF), on his way for an official assignment at Bauchi State University, Gadau.

According to Vanguard report, the driver of Abdullahi’s car overtook a military convoy and the soldiers opened fire on the car.

The former Vice Chancellor of Ahmadu Bello University (ABU), Zaria, who narrated what happened to newsmen in Bauchi yesterday said he was trying to catch up for his meeting at the University and so his driver overtook the military convoy which was moving slowly. 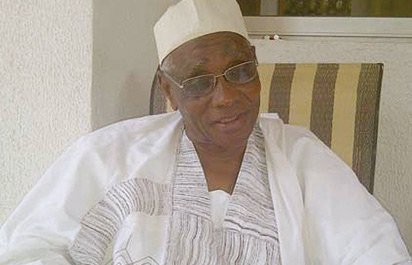 He said: “It was in the morning as I was travelling in my official car with my driver. I was going to Gadau for a meeting. We had just passed the Awala Hotel roundabout when I saw a military convoy moving very slowly.

“I was trying to catch up for the meeting, so my driver overtook the military convoy. The next thing I knew they opened fire at us, with bullets were sprayed on the car.

“The bullets damaged the engine of the car, damaged the car that we had to park by the road side. The soldiers came out and were shouting angrily at us.


“They were demanding to know why we wanted to overtake them, asking if we didn’t know that the soldiers were exporting sensitive materials. They just left us there and continued their movement. I have never seen such a reckless act.”

According to him, he called the Commissioner for Higher Education, Alhaji Ibrahim Aminu Mohammed who reached out to the security agencies chiefs to inform them of what happened.

He added that the Brigade Commander has ordered for the arrest of the soldiers, and he had informed the Defense Headquarters immediately.

Some security agents in Nigeria are always reckless and are known for maltreating innocent and poor citizens just because they are officers.

Some innocent citizens have been killed while the police claimed accidental discharge.

In February, the director of the Institute of Agriculture Research at Ahmadu Bello University, Zaria, Professor Ahmad Falaki had been killed after he was mistaken for a member of Boko Haram.

Initially, reports had it that the police had killed him as they suspected he was a member of Boko Haram, They later changed the report to say he had been stabbed by a mob.