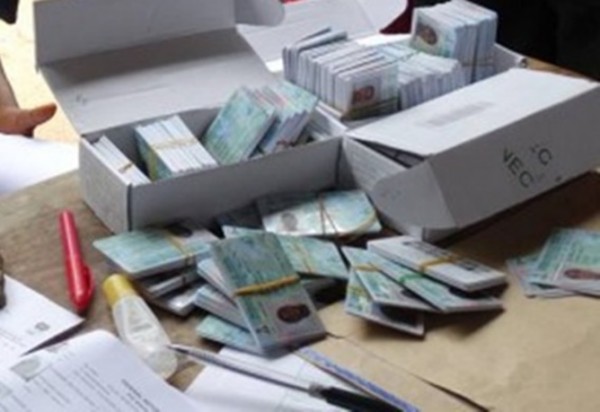 Ahead of the March 28 and April 11 general elections, the Independent National Electoral Commission, INEC, on Friday disclosed that it had yet to distribute Permanent Voter Cards in four local government areas in Edo State.

It explained that the PVCs were meant for eligible voters, who registered during the Continuous Voters Registration last year.

The state Administrative Secretary of INEC, Mr. Brown Ulucha, who made the disclosure while addressing some protesters at the state headquarters of the commission in Benin, said the PVCs were yet to be distributed because the cards had not yet arrived the state from Abuja.

The protesters, who were led by the Peoples Democratic Party, PDP, House of Representatives candidate for Egor Ikpoba Okha Federal Constituency, Mr. Johnson Agbonayinma, expressed displeasure with what they termed as a bias posture of the commission in the state.

They also accused INEC staff, including the Electoral Officers in Egor and Ikpoba Okha councils, of bias, alleging that the PVCs, which were reportedly stolen last month, might not have been missing.

In his response, Ulucha assured the people that the allegations would be looked into, adding that the commission would provide equal opportunities for all parties in the elections.

He said, ‎”If you say PVCs that were stolen, were not stolen. Then help us prove it and we will appreciate it.

“We know that the aspiration of all Nigerians is to let their votes count and, in Edo state, your votes must count”.