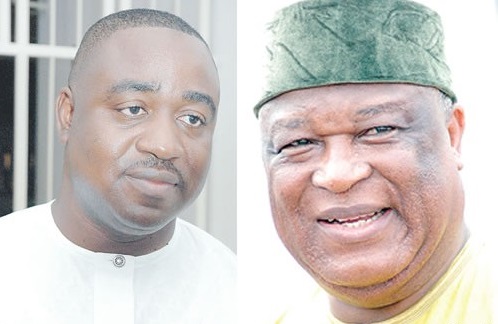 Governor of Benue State, Mr. Gabriel Suswam, has lost his bid to represent Benue Zone ‘A’ in the Red Chamber of the National Assembly as he was floored by incumbent Senator, Chief Barnabas Gemade.

Suswam, who was the Peoples Democratic Party candidate, scored 118,608 votes to lose in his ambition to occupy the senate seat.

Interestingly, Gemade defected to APC some few weeks before the commencement of the general elections after he failed in his bid to retain his PDP ticket, which was handed to Gov. Suswam.

The announcement of Gemade as validly elected Monday morning by the Returning Officer for the zone, Prof. Mohammed Adah, put to rest the conflicting accounts since Saturday over which of the two politicians won the election.

Gemade rejoins Senate President, David Mark, and another former governor of the state and Senate Minority Leader, George Akume, as the winners for Benue Zone ‘B’ and Benue Zone ‘C’ respectively.