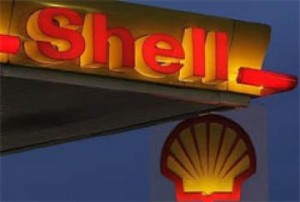 Environmental Rights Action/Friends of the Earth Nigeria (ERA/FoEN), an environmental rights group, has slammed Shell Petroleum Development Company (SPDC), for its poor response to the oil leak within its oil fields in Bayelsa State.

ERA/FoEN, in its field report on the incident expressed regret that Shell was yet to take steps to stop the leak from its Seibou Deep facility and save the environment from further destruction

It was gathered the leak had been noticed sometime in January, discharging crude into Ogboinbiri River in Southern Ijaw Local Government Area of the state till date. SPDC is yet to attend to the spill, according to the field report by Alagoa Morris, Head of Field operations, ERA/FoEN in Yenagoa.

“The movement of canoes in and out of the canal that caused the booms placed by Shell to contain the spill has failed. The booms were tied across the canal. It was confirmed at Ogboinbiri that the spill had occurred for almost two months now, but only contained on the canal with booms,” ERA said.