Pope Francis knows he may be assassinated and accepts it but asks God for painless death as he is ‘a real wimp’ when it comes to physical pain.

In an interview with tabloid La Carcova News, the Pontiff said, “Life is in God’s hands. I have said to the Lord, “You take care of me. But if it is your will that I die or something happens to me, I ask you only one favour: that it doesn’t hurt. Because I am a real wimp when it comes to physical pain.” 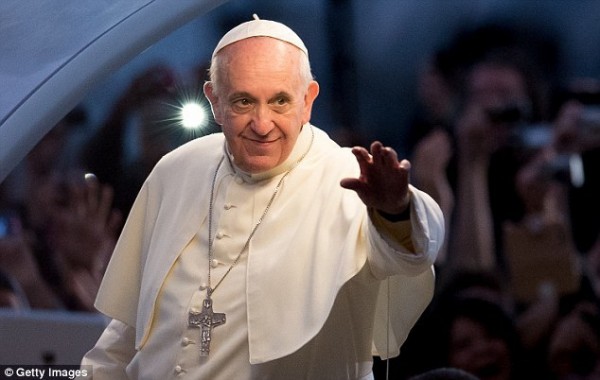 ISIS has threatened Pope’s life for months calling him the ‘bearer of false truth’. Besides, approximately a year ago he excommunicated Ndrangheta, a global drug trafficking syndicate from God and the Catholic Church – these actions were also believed to provoke the criminals and made the Pope a target for assassination.

In January an assassination plot to kill Francis by detonating a bomb in Manila was reportedly thwarted by the Philippines military, although this was denied by the Vatican. According to unconfirmed information, Southeast Asian Jihadist terrorist organization Jemaah Islamiya, planned to set off a bomb near the papal convoy.